We’ve evolved into a traveling family, largely due to the fact that Jim travels extensively with his job. Most husbands leave for work in the morning and return in the evening. My husband flies to the office. In Florida. And doesn’t return for days. I can recall him having a local job once for about 6 minutes. Seriously, he either works from home or he’s gone, there’s no middle ground.

I’ve adapted to this schedule down through the years as the kids came along, grew, and now are all old enough to not only feed, clothe, and bathe themselves, but actually drive and stay away from home, too.  Believe me when I say it’s a miracle I have any hair left from pulling it out in those early, shall we say CHALLENGING years of (almost single) parenthood!!!

Our recent adaptive mode has been to travel with him, or in the case this week, to him.  Since he spent all of last week in Germany, flew home for 3 days, and is now at “the office” for two weeks, we decided to fly down to spend a long weekend together. Let’s see…22 degrees in WV or 78 in Tampa – is there really any reason to debate?!

Thing is, I’ve never flown without him. Well, except for the time I went to Europe for a college ministry trip, but we had people guiding us, so I’ve never had to be the responsible one.  My kids realize that going ANYWHERE with mom – be it the grocery store or the drive-thru – is an adventure.  Mostly funny and occasionally dangerous things happen when they’re with mom.

My eldest knows this the best, having been with me when I’ve gotten lost (with my excellent sense of direction) more times than she cares to admit.  Needless to say, she was a little worried, knowing mom was at the helm of this whole flying experience!

Jim went over the whole itinerary – from the parking garage at our small airport in Charleston, printing tickets and checking baggage – to the plane switch in the very large Atlanta airport. I made him repeat it no less than 50 times.

Yesterday was the big day.  We secured parking, unloaded luggage, and everyone’s suitcase handle slid out for smooth rolling except Hayley’s. We pulled on it. We pushed on it. We tried one pulling and one pushing at the same time. We opened it, unpacked it, and then pulled on it. Nothing.

There was nothing to do but carry it, and it was heavy, as were the rest of our’s – we are ladies, after all.  After Hayley tired of toting, Taryn took over, and finally, almost at the door, the airport guy offered to carry it.  I couldn’t keep from giggling as I rounded the last bend with my smoothly rolling suitcase, to look back past Kylie and Hayley and see Taryn far behind, puffing to keep up with her short, stubby legs hauling that heavy suitcase for her baby sister.  Take heart, young mamas – older, dominating siblings eventually turn out to be a blessing, because they have to take over and fix challenging situations!

I knew with Taryn along, we would be fine. This girl is quick thinking on her feet and can hear two conversations at once – which turned out handy later when I didn’t catch the call for zone 2 in Atlanta and she did even while carrying a convo with her fiancee on the phone.

Taryn helped me get the tickets printed at the kiosk.  Dealing with touch screens is part of her job so she processes those kinds of things quickly.

None of our seats were together on the first flight but a nice gentleman switched seats with me so I could be by Kylie. Taryn and Hayley were farther up, each by a window and I could see them both.  I noticed an older, grandma type woman sitting with Hayley and it looked as if they were talking nonstop the entire 45 minute flight.  Hayley filled me in later. The lady was going to have “girlfriend time” for a few days at a beach in North Carolina. Hayley explained to her that she was flying with her mom and sisters to meet dad in Florida. The subject of homeschooling came up at some point and toward the end of the flight grandma said, “Well tell your mom she did a WONDERFUL job of raising you! You are VERY good at socializing!”  It still cracks me up that people are so worried about the socialization aspect of homeschooling. Your kids are a product of YOU.  If you interact with people, they will too. If you keep to yourself, so will they. You, the homeschooler, have the most influence on your child.  Not their peers, not other adults or teachers with their life philosophies. You. That’s the beauty of it. So, if you are weird, they will be too. I’m not weird, and neither is Jim. Well, relatively speaking, that is. Jim and I both have many friends of all different backgrounds from many places. My kids do too. They don’t just have one set of friends, they have lots and lots of friends, because they are not looking for a “clique”.  They are open to new friends of any variety! Ok, I’ll get off the soap box. Back to the trip.

We dismounted the plane in Atlanta and exited the gate where I promptly ran into the red horizontal band that joins the metal poles marking the isle. I was too busy gazing up fixedly at the screen, making sure our next gate was A10. “Mom, MOM!” I heard from two different directions. Hayley was pulling me out of the band while Taryn steadied the pole. Sheesh. Maybe I am weird. At least in a funny sort of way.

We go down the very long escalator and get on the tram, where Taryn promptly grabs hold of a pole like it’s her last hope of keeping her balance on the merry-go-round.  “Taryn thinks she’s at the amusement park, guys!” I laughed as she clung to the first pole while haltingly reaching for another farther back. We weren’t even moving yet. Turns out we were the only ones in that car and by the end of the ride the girls were running up and down the length of the car while the automated voice said, “Please hold on at all times during your ride”. They get that from their father.

When we boarded, an elderly man was sitting on the isle seat of our row reading a magazine. “Sir.” I said, politely, needing to get in. No response. “Sir?” – nothing. “SIR???” By this time the guy across the isle was ready to punch him, but before he could a woman sitting directly behind him did it! “JOHN! Let them IN!!” John jumped. “I can do that – he’s my husband!” She giggled. John sheepishly arose, let us by, and was the perfect gentleman the whole trip, even blocking the isle so we could get out first upon arrival in Tampa.

The sharply suited “limo driver” Jim had arranged waited at the bottom of the escalator holding the sign “Gray” to which Taryn gasped and said, “This is LEGIT!” – only to have the air let out of her sails when she realized it wasn’t really a limo, but instead an SUV. I guess I had explained to the others but not to her that it’s just a term in this case, there wasn’t really a limo. It was a big LOL for me.

And that’s it. There were no major errors, no missed planes, not even a wrong escalator. Boring, I know, but there’s always the trip back. Stay tuned, folks! 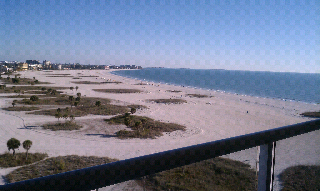 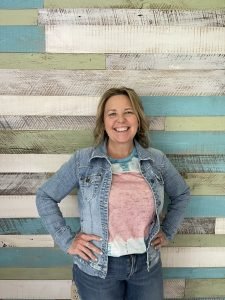 📆 WHAT MONTH IS IT? See the calendar month? Th