You are here: Home / Uncategorized / Tribute to a God-traveled life – 52 weeks

“And how blessed all those in whom You live, whose lives become roads You travel; They wind through lonesome valleys, come upon brooks, discover cool springs and pools brimming with rain!  God-traveled, these roads curve up the mountain and at the last turn – Zion!  God in full view!”  Psalm 84:5-7 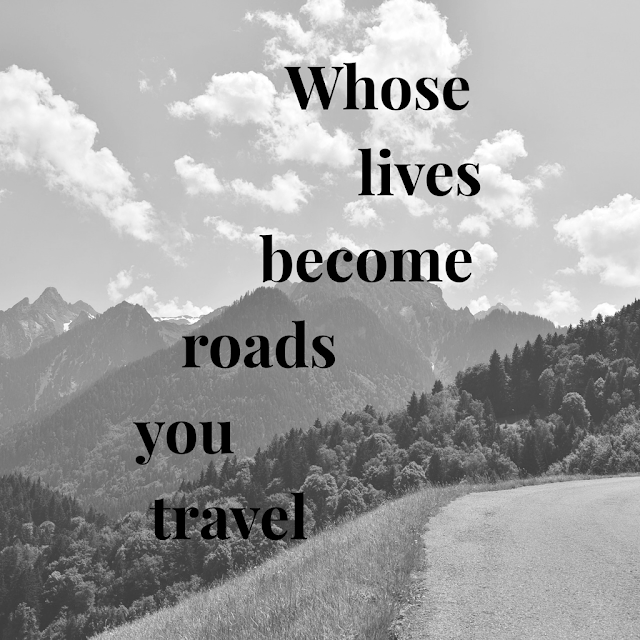 I’m so old I remember when tacos came out.

People in Southern West Virginia had never heard of them, so to us, they were quite the novelty.

Receiving an invitation to a taco dinner at the Chesley residence, where we often frequented on a Friday night, my parents and I happily decided we were up to the challenge of this new wild and crazy cuisine.

Mrs. Chesley (Donna) was the ultimate warm and welcoming hostess.  Mr. Chesley (Ed), the consummate comical entertainer. (For future reference, we’ll call them “Mr. and Mrs. C.”, as they were so fondly called by students far and wide on the college campus where they spent most of their career.)

The friendship between my parents and the Chesleys dated
back to college days.  Once both sets of families returned to the old Alma Mater of Appalachian Bible College for employment, they reestablished old friendships and developed a special camaraderie.

Mr. C. was one of the funniest guys I knew, and when he and my dad got together, things could almost get out of hand, because they shared the same sense of humor.  My dad, usually of a quiet wit, joined in Mr. C.’s antics, and uproarious laughter invariably proceeded.

Mrs C. had two wiener dogs.  (We called them dachshunds back then.) I can’t remember their names, but she doted on them and I delighted in playing with them.

It was a trade off for being an only child in a room full of adults.

However, the Chesleys always made me feel welcome and important, inquiring about my life, school, and friends. I enjoyed visiting because I never felt like a fifth wheel.

The tacos were a hit, and I recall a few more of the Mexican  fare before we moved on to…fondue!  Wow.  Five people eating out of the same pot was hard to believe, but it was sensational.

And of course not weird at all for a 10 year old, who never gave a second thought to eating out of the same bowl as 4 adults.  I might have double dipped.

Always after dinner, a loud and lively game time ensued. 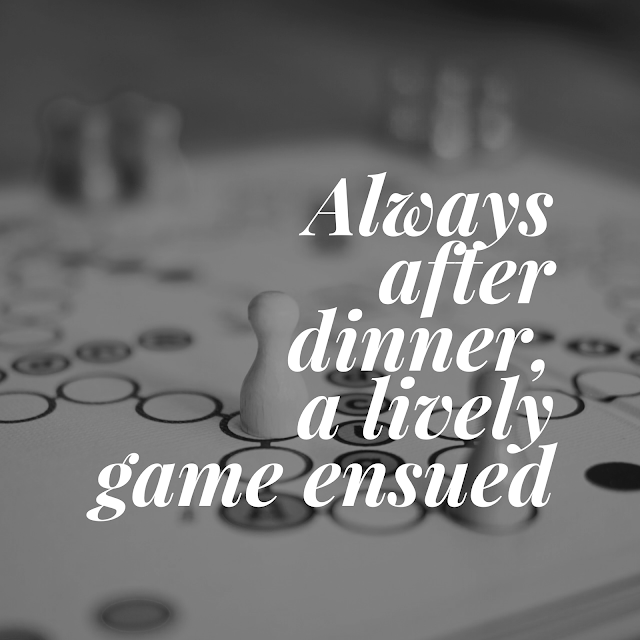 I learned to play a variety of games (it seemed the Chesleys were cutting edge with those too) but the two I remember most were Pit (imagine 6-8 people screaming out numbers and passing cards back and forth) and some kind of game where we played with clothespins.

The clothespin game had a song about the days of the week and “Oh, beware of the snare of the ricky ticky bear” whatever that means.

It was so much fun.

The Chesleys had a super old, black, tall upright piano in their basement that I liked to play.

I was just in my formative piano lesson years, and so I’m sure they tired of hearing me hunt and peck, but they never complained.

I remember my friend Diana and I going over one taco night and pounding out Heart and Soul for about an hour straight.

My mom finally called it on that one.

Mr. Chesley had a love for model airplanes, ships, and rockets, and he always showed my dad his latest creation.  I’ve no idea how a person can sit for hours and assemble all those little tiny parts, but he could.  He found it therapeutic, I think.  I would be pulling my hair out and yelling lots of words if I tried.

After checking out the models, he and dad would play a little music on the record player (sometimes that rang comical as well), and laugh at funny stories Mr. Chelsey told (he had a million).

Many a pleasurable and merry evening was had at the Chesley household.

At some point during these years, my dad developed a nickname for Mrs. C.  As the story goes, she had a white dress with red tomatoes she occasionally wore.  Dad started calling her “red tomato“, which eventually turned into “old tomato“.  (Think in terms of a West Virginia accent:  “Old tomat-a” )

About five years ago, during a very trying time with my dad’s health, Mr. C. found his way over to the hospital several times to check on dad.  Sometimes he would call.  And always, my dad would ask, “How’s the ‘old tomat-a’?”

So much treasured history.
Throughout the years, the Chesleys possessed a deep desire to become parents.

They took a few turns at fostering, but nothing ever worked out quite right.

But finally, after I entered college, God answered their long awaited prayer and made it possible for them to adopt a baby boy. 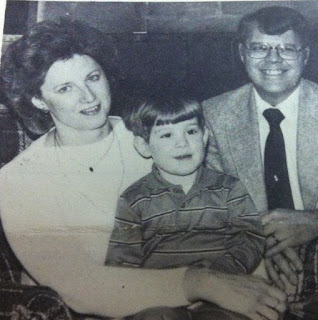 This was a big deal, because back then the world of adoption was not as easy as it is today.  Hence, the reason I stayed an only child.  My parents desired more children, even tried to adopt, but it was almost unheard of for a couple to be able to adopt if they already had a child.

Even though they were a bit older than the normal couple rearing a child so young, they were beyond elated.  And I knew, if anyone could love an only child, it was those two.  Because they had loved me almost as if I were their own. 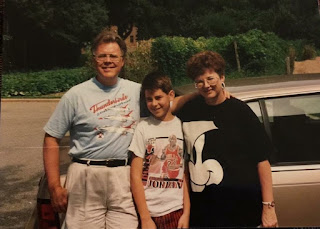 They both caught my gaze, Donna tipped her head towards me; Ed, sharing that famous twinkle-in-the-eye grin.  I smiled, recalling how dear that couple had been to me over the years.

The next thing I knew, the news came out in late February to pray for Donna.  She had a blockage of some sort and doctors suspected gallbladder trouble.

A blockage was found.

It was determined to be a “self contained” area of cancer which would be treated with chemo and then later, surgery.
They realized this could be a long road – possibly up to a year.

What they could not know was that Donna’s system would be unable to endure the chemo treatments. 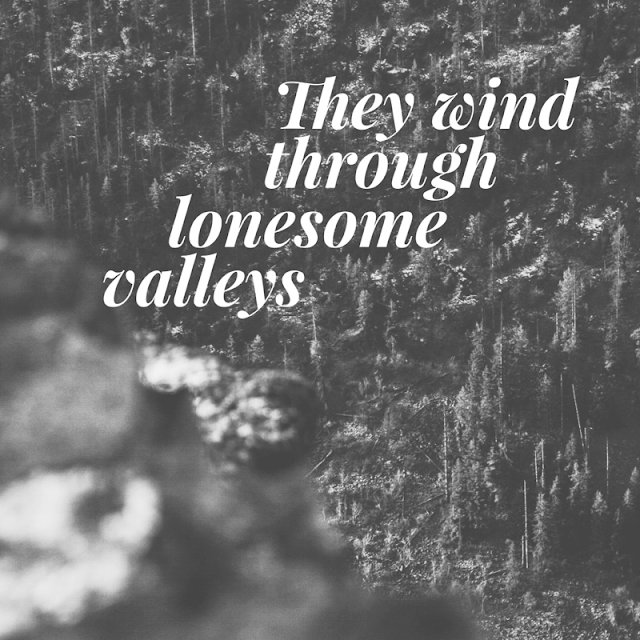 That was early May.

The family, shocked, prepared to say their goodbyes.

And yet, she did not pass.

Donna Chesley lived for two more months, and during that time, the family was able to celebrate her birthday, Ed’s birthday, and Mother’s Day. 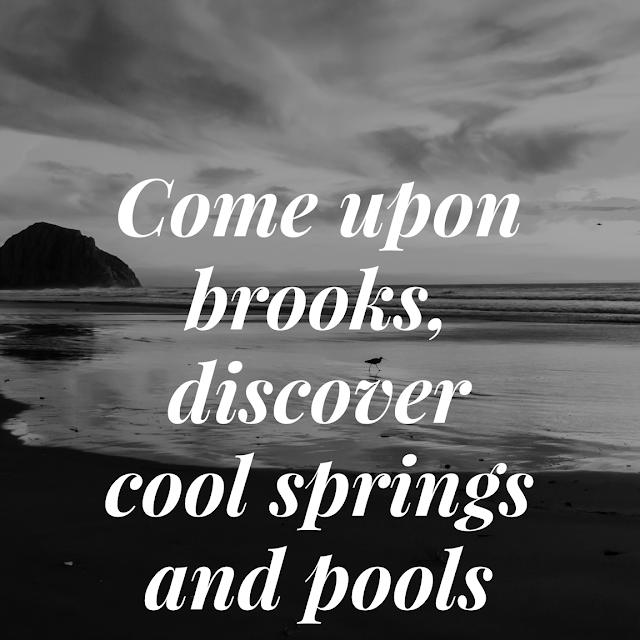 My dad called Mr. Chelsey every few days to check up on the “Old Tomat-a“.  It had been Mrs. Chesley’s desire to come visit my parents in their new apartment adjacent to my home, but she became ill before they were able to do so.
The day before Mrs. Chesley passed away, my parents visited her at the hospice facility.  They were able to say their goodbyes and be present for their old friends in these last, uncomfortable yet fleeting, days.

On Thursday, July 23, Donna traded this life for the next, and met her Savior that she loved so much.

God granted this family with their only son and his young family, time to say goodbye.

Through it all, Mr. Chesley updated via Facebook, always pointing to the Great Shepherd.

The day his wife died, the English professor shared these words of comfort with all of us:

“Do not rejoice over me, my enemy; when I fall I shall rise!”  – the Prophet Micah”

“Today about 1:45 PM, through the power and strength of our Shepherd, my dear Donna won her last battle with the last enemy and is now safely Home.  Our journey together continues; it’s just that Donna has sprinted on ahead for a ways.  Thank you for walking with us through terra incognita; we will need your continued company for a while longer.  Thanks, dear friends and family, in advance.”

I saw Mr. C. in Walmart just a few days ago.  He hugged me, introduced his brother-in-law who accompanied him, and we spoke of the taco days for a few minutes.  “We must have skipped pictures and went right for the tacos”, he quipped in that famous Ed Chesley banter, when I mused that there were no snapshots to be had of those early years together.

So many wonderful memories – without pictures.  Before the iPhone, before digital cameras, before technology sky rocketed like one of Mr. C’s famous rocket models.  Imagine – just folks coming together without any electronic distractions, save the occasional jingle of a curly corded telephone in one room of the house.

These are rich memories time and electronics cannot erase.

As I remarked that we were upholding him in prayer, Mr. C. responded, “These are the hard days”. 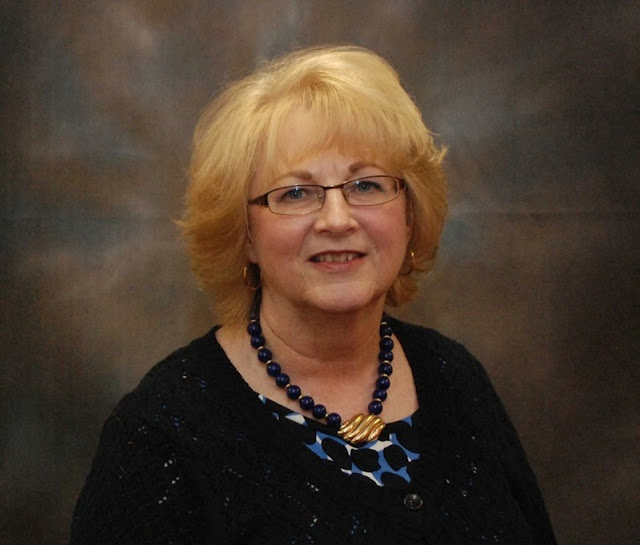 And so, the professor with the facebook cover photo of a model jet and profile picture with his beloved Donna is resting in the promises of Zephaniah 3:17,

“I miss her and the missing is a great, deep ache…but I know that that same Healer who is singing those quieting songs over my earthly dearest is doing the same for me, and He will bring me through the pain and very, very quiet and lonely nights.”

This, my friends, is faith where the rubber meets the road.  When the bottom drops out, you’re on your face to the Father, and there is nothing more you can do.

And so, the comfort of Psalm 84:5-7.  The promise of Christ living in the believer, traveling the roads of our lives with us:

Can you imagine what Mrs. C. saw when she turned that curve and saw our Savior face to face?  She who once suffered, is now better off than we!

“And HOW BLESSED all those in whom You live…”

And so, she has been blessed.  Both in life here on earth, and now in the unfathomable riches of heaven, just beyond our earthly grasp.

When I spoke to my dad on the phone earlier today, he reminisced, “I always told Donna it was a good thing she was the ‘Old Tomat-a‘ as long as Ed was her main squeeze.”

And indeed, he was. 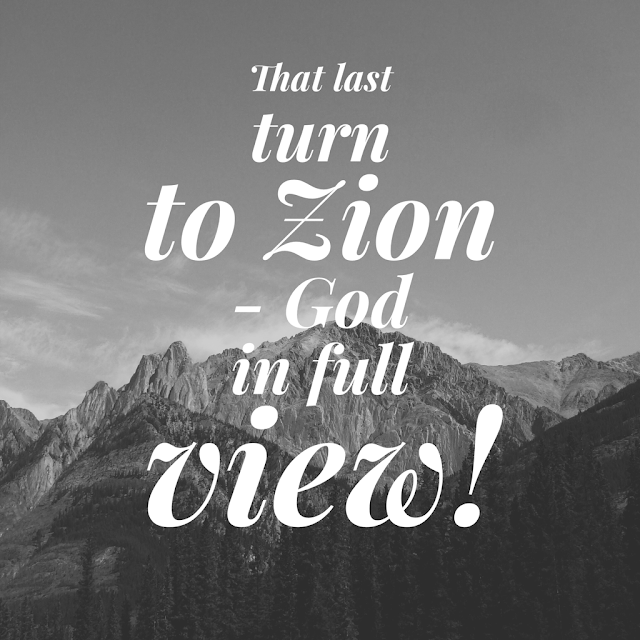 “And how blessed all those in whom You live, whose lives become roads You travel; They wind through lonesome valleys, come upon brooks, discover cool springs and pools brimming with rain!  God-traveled, these roads curve up the mountain and at the last turn – Zion!  God in full view!”  Psalm 84:5-7

{If you enjoyed this post and would like to receive more encouragement such as this, why not sign up for email?  It’s in the box just underneath my profile picture.  No spam.  I promise.  Thank you!}

🖼️ GRAPHICS TIP⁠ Do you second guess your g

🚍 If you watch my stories, you know hubs and I

Y’all been askin’ how we do #reelsinstagram so

🎙️ PODCAST Q&A⁠⠀ In Episode 8 of the Inst